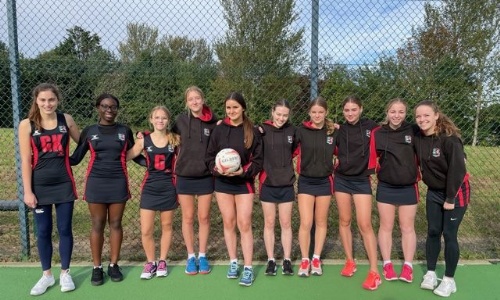 On Tuesday 12 October the U16 Netball Team travelled to Rainham School for Girls to compete in the Kent County Qualifying Tournament. As always, the standard of netball was very high and competitive.

The TGS team won all of their matches against a variety of different schools from across Kent. They finished first in their group which means they qualify for the finals.

The U16s displayed phenomenal teamwork while participating in the Netball County Qualifiers. Since we have been able to play as a team again, we were really looking forward to demonstrating all our hard work and dedication. Fortunately, this paid off, as we went on to win every match we played, resulting in us winning our box and getting through to the finals. We’re all extremely excited and determined to play even better in the next round in November.

The PE department are really proud of the team’s performance and we are looking forward to seeing them competing in the finals in November.