Annabelle selected for the England Next Generation Squad 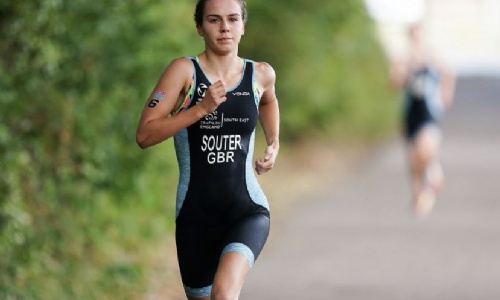 Congratulations to Annabelle who was invited to an interview for the England Next Generation talent programme and is delighted to have been offered a place. Through this programme she will attend training camps in the holidays and receive regular coaching and support from a British triathlon coach.

Having been a swimmer for many years and competing at county and regional level, she started running and having success in cross country. This led her to start triathlon a year ago and was subsequently accepted into the South East Academy.

Her focus over the last year has been to improve her bike skills and she competed in the British Triathlon Super Series throughout the spring/summer.

Annabelle, who is in Year 11 and studying GCSE PE comments :

I have really enjoyed my first triathlon season this year and am really excited to have been selected for the England Next Generation squad. I am really looking forward to all the training camps that we are going to do over the next year.