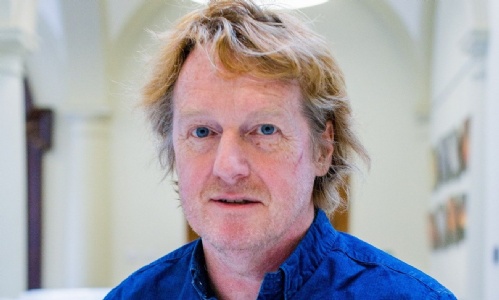 On 26th January we were fortunate to have a speaker, Philosopher Dr Stephen Law from Oxford University, come to talk to the Sixth Form about two areas of philosophical interest

He presented two very interesting talks, the first an exploration into the emerging technology of Artificial Intelligence and the second about the necessity (or lack thereof) of religion in modern times. In the first talk, attended by Sixth Form Philosophy students, Dr Law led a discussion-based presentation about AI and the implications it might have in our lives. He questioned first what distinguishes a human mind from a computer, and at what point the line is crossed from a person to a machine. He then questioned whether a machine can ever fully function as a human, and if it could experience emotions or not. All of these questions posed were very thought-provoking, and also very relevant to the topics Year 12 have been exploring in the Core Theme: Being Human. Dr Law welcomed lots of questions and objections from the Year 12 and 13 students, which was great since there were several points of dispute, especially about whether machine can experience emotions. Some students argued against this by suggesting emotion is an exclusively human experience, and a product of our evolution and society.

The second talk that Dr Law held was for the entire Year 12, and was focused on presenting different philosophical arguments for and against the existence of God, and for and against the existence of religion as a whole. Although Dr Law’s objective was to educate us about the different arguments that exist, there were some differences of opinion and misunderstandings which led to a few somewhat heated questions from the audience. Dr Law did his best to answer these questions and resolve the misunderstandings, but they certainly made for a very interesting session. He himself focused on questioning whether religion is necessary for a centralised moral code, which was a very interesting concept.

Overall, Dr Law urged us to think for ourselves, and insisted that the most important thing to develop strong minds is to question the world around us and form our own educated opinions.

The part he did on the relativist theory of truth was very interesting, how we can’t really say something is wrong as comparing different cultures to the same moral standard will never work.

Stephen Law provided two very thought-provoking sessions which encouraged lots of interesting questions and challenges from the students. This was a very valuable experience for them and we would love to welcome Stephen Law back to TGS again in the future.